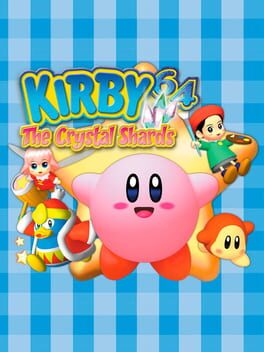 Kirby's first 3-D adventure is also his Nintendo 64 debut, and it finds the always-versatile hero battling a new enemy called Dark Matter. Dark Matter is after a distant land's powerful crystal, but a young fairy named Ribbon attempts to save it by escaping with the gem to Dream Land. Now the crystal has been broken, and it's scattered around the world. Take control of Kirby and help him journey across six worlds, battling a wide variety of enemies and challenging bosses, as he tries to collect all 100 pieces of the shattered crystal.

How many people don’t know that Kirby 64: The Crystal Shards has mini-games? If you open the options menu, there’s a little 4 player mini-game tab, containing 3 mini-games: 100-Yard Hop, Bumper Crop Bump, and CheckerBoard Chase. I was one of those people until about a week ago, I stumbled haphazardly into the depths of CheckerBoard Chase… To summarize it, it’s a simple Bomberman-adjacent arcade game where characters walk around on a big platform, and whenever you press A you clear out a line of the platform in front of you. The goal is to stay on the platform without falling into the destroyed lines. What would seemingly be a simple, throwaway mini-game developed for some presumedly arbitrary reason ends up having a whole lot of depth when you search for it.

First off, let’s talk about the line-clearing itself. The platform is visually broken into a simple 8x8 tileset, and you clear 1 block wide lines from where you’re standing to the stage’s edge. Clearing a line itself has a bit of startup and animation recovery, so if you and someone else clear lines in each other’s direction, you’ll only barely make it off the block before it falls. If you acted a split second late - you’re gone. You might not even clear the lines at all if you don’t click it fast enough, you’ll get stuck in startup and fall through.

Line clearing itself is a 2 stage mechanic; first a line is highlighted one by one in a split second, then the blocks start falling in order. Because of this, there’s even a sort of proximity system going on here - blocks fall faster the closer you are to the ledge. Not only that, but characters have tangibility to them; you can bodyblock! This means that when you’ve positioned correctly, you can hold someone in a corner and quickly get a confirmed kill on them.

Walking in this game is slow and doesn’t have any diagonal movement, but line clears are can be easily reacted to from afar. It’s about when you choose to walk that the skill lies, as the advantageous and disadvantageous spots on the stage are constantly changing as blocks fall and respawn. Walking for too long can often lead to you being pushed into a disadvantageous position if you can’t defend your own ground, but long stretches of watching are especially important to the end-game as the stage closes in, and bad line clears become more punishable.

If you’ve been locked in the corner, you can clear the spaces on the map where your opponent can get a confirmed kill on you from - if you’re fast enough. Though of course this sort of playstyle is risky, as you’re forcing yourself to stick to what’s usually the corners of the stage, which begin to fall as the match progresses. That’s a comeback mechanic with at least as much design intelligence as Guilty Gear: Strive.

I’ve been able to find a lot of fundamental e-sportsy game design here: from positional advantages to concepts like spacing. This is at the very least an EVO side event-worthy game that can sit in the corner next to Puyo Puyo and those Sailor Moon SNES fighting games!! Breaking this game’s subtleties open and scouring for crumbs of depth can really teach you a lot about the simple arts of game design as a whole. It’s often the rigid, initially awkward aspects of a game that lead to its depth. When analyzing a game as sheerly un-emphasized as a little mini-game hiding under the floorboards of Kirby 64, it’s hard to see where intention starts and ends. Yet ultimately as players it’s our right to breathe meaning into the dusty ashes of whatever we stumble upon. Grassroots is beautiful. Made me feel like a Ryu player circa 1994 on the sticks, feeling out their buttons. “Feeling a standing fierce here” I whisper, eyes shut tightly, as I launch a Waddle Dee into the pit of oblivion

I played Kirby 64 by the way. I don’t remember what happens in it it was a long time ago 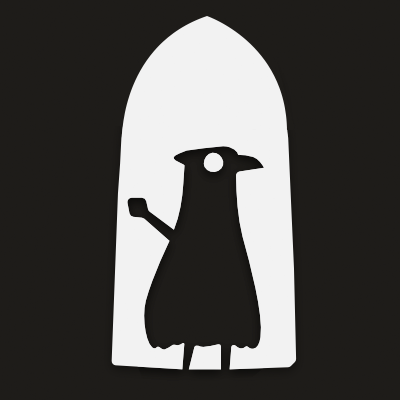 I was always somewhat disappointed in this game because it wasn't a true 3D experience, just a side-scroller with 3D environments. But even so, it's a lot of fun, and the ability to combine the copy powers was really cool! I also remember it being fairly challenging which is good because modern games have a big problem with being way too easy almost all the time. 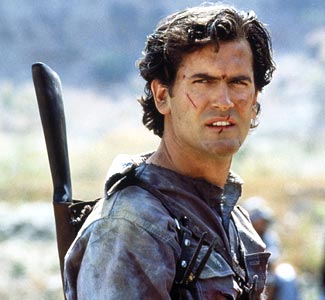 Very fun if not somewhat basic at times. This has been one of my most wanted N64 games to play for a while and I'm glad I finally got to play it. i got 76% completion but there isn't much pulling me back to get the rest of the collectables. The levels are all one singular type unlike your Donkey Kong's or other similar platformers but i find that to be alright as the gameplay is incredibly fun. From the interesting power ups and the amount of combo powers you can build it keeps you going through the levels which are just enough to not be repetitive. Any more levels or worlds and i would have gotten somewhat tired of the formula. Very good N64 title however. Finished in about 4 hours

Amazing kirby game. They experimented with the new view where its like 2.7D or something but it sort of works but its still fun though it somehow feels even more linear than other kirby games. Nevertheless the copy abilities are so cool in this game because you can combine them to get brand new copy abilities, some of which were brought back in the forgotten land like the volcano. This game was amazing for its time and is still an amazing kirby game to play if you are looking to enter the series. Also one of the best kirby soundtracks no doubt

I actually remember nothing but the fridge power was cool.

A game I'd seen on N64 commercials as a kid that I never played until I was an adult. Somewhat clunky, but totally worth it.