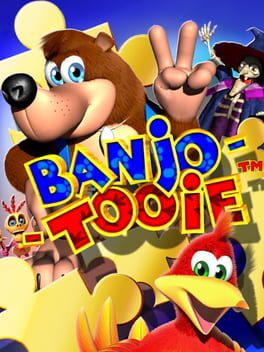 Colossal, immense, and gigantic; beautiful, gorgeous, and grandiose -- these are the words one thinks of when describing Rare's follow-up adventure to Banjo-Kazooie. Keeping consistent with the attitude found in this title, Rare has wittily named it Banjo-Tooie. Banjo-Tooie, simply put, is incredibly unimaginable. The worlds are ludicrous in size, the gameplay is polished and deep, and the soundtrack proves to be an immaculate compliment. When it comes to defining platform-based entertainment, Banjo-Tooie is filled with chapter after chapter of standards. Explore eight giant worlds, solve puzzles and help game characters to unearth jiggys, play as Mumbo, a T-Rex, Submarine, Money-Van, Washing Machine, and more, and learn more than 40 new moves on the way.

Banjo-Tooie is, in a lot of ways, worse than its predecessor. It has a good number of novel ideas, like the interconnected levels, transformations in every world, and a playable Mumbo, but in practice most of these just stretch some Jiggies into boring time sinks.
Despite this, I visit Tooie a bit more than Kazooie 'cos it's really fun to break this game. Using glitches and cheats to do things earlier than intended. God bless the SUPERBANJO cheat that makes the playable cast twice as fast; Tooie would be unbearable without it. 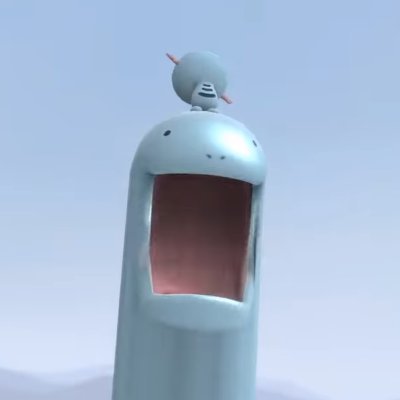 flawed but lovable, Tooie feels like a much more laidback game compared to its predecessor, yeah, there's backtracking, and empty space, some dumb objectives, not the greatest combat, and technical issues, but man, it's just fun to explore, flying through Terrydactyland, making your way through Grunty Industries, exploring Atlantis, and Cloudcuckooland, it's creative, and strangely cinematic much of the time

Similar to the first Banjo game, I have very little reverence for Tooie. I never played it as a kid and I have an inherent dislike for collecathons, and generally find Rare's output to be very hit-or-miss. I guess you could say I was pre-disposed to hating this one, but I promise you I gave it the old college try (getting blackout drunk and playing the N64 at 3am.)
Unfortunately, I'm still coming up negative on this one. There's just too damn much to collect, Banjo still doesn't feel particularly good to control, and most of the minigames that have to be completed to earn Jiggies are just no fun at all. I got 100% completion in the last game, because despite it not being a worthwhile endeavor from the standpoint of having a good time, it was at least doable, and I do things that are doable because I'm stupid as hell. But Tooie is just so bloated with content it quickly becomes a chore just trying to satisfy the requirements for the game to be done, and I could not commit to it any more than that. It perhaps didn't help that I started getting way into The Computer Chronicles while playing this and watched episodes in the background. Listening to guys drone on about creating MIDI music on the Atari 520ST while trying to earn Jiggies must be what getting a lobotomy feels like, so I'll take some of the blame for my lack of enjoyment here.
The control scheme is a good reflection of the game itself. Every single button has to do something in concert with everything else, but the way it's laid out is just convoluted. Compare this with Super Mario 64. Controlling Mario is a breeze, yet the amount of movement options you have is varied. If you pull back and look at the amount of buttons you actually use, it's pretty simplistic. That's the genius of Mario 64; Miyamoto and his team knew their audience and understood that few people would have played a 3D platformer before, so they designed the game in a way that was easy to pick up and felt great in hand. There's a reason it set the standard. I'm 34-years-old and I've been playing 3D platformers since 1996, and every time I pick up Banjo-Tooie I think "what bastard designed this?"
At least the humor, music, and character designs are all great. I've always liked the look of these games. Gruntilda is a skeleton now, that's pretty good. None of this is enough to save Banjo-Tooie for me, and ultimately I think it would be the best case study of "bigger =/= better" if Donkey Kong 64 didn't already exist.