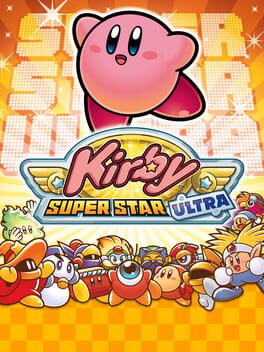 Kirby Super Star Ultra for the Nintendo DS re-imagines one of the most beloved Kirby games of all time. The game features new graphics and fully rendered animated cut scenes. With so many adventures waiting to be unlocked, there will never be a dull moment as Kirby runs, floats, copies enemies and uses Helpers to fight King Dedede and Meta Knight. New modes like Revenge of the King and Meta Knight Ultra await, along with classics like The Great Cave Offensive and Milky Way Wishes. On top of the main modes, there are also three new touch-screen-controlled mini-games that can be played with up to three friends via DS Download Play. Not only that, but players can go on Kirby adventures with a friend via local wireless as well.

i think the DS sound chip is probably 90% of why i dont like this game as much as the original. it's my favorite kirby ost and it doesn't even come close to sounding as good here. i also personally really dislike the fmvs Very, VERY nice game! Graphics are very cute and good, complimented by a nice soundtrack. Of course the thing I really care about is gameplay, and this game is really good there as well. Copy abilities are more complex than just press single button most of the time which makes them much more interesting to use than past games. The different campaigns offer unique experiences, personally my favorite is probably Revenge of Meta Knight, but none stand out as particularly bad. Difficulty I'd say is most of the time challenging enough to be engaging but you'll never get frustrated or rage quit.
Would recommend to anyone, really. 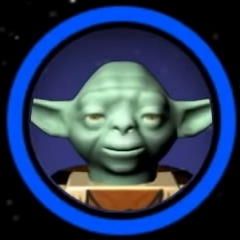 My first real taste of kirby outside of airride, really fun game with a lot of unique game modes and powers available.

My first ever kirby game. Lots of content, most of it's just kind of ok, but Kirby has immaculately comfy vibes, which makes this game a great time.

theres just a ton of stuff here and when i say a ton i mean a TON
i cant say anything worth of note in this review because this game is pretty literally made of pure and unfiltered fun and nobody could argue with that
what im gonna say though is i fucking love the different modes some more than the others due to the fact that Revenge of Meta Knight and Meta Knightmare Ultra (and before you ask: yes i do love my little cool edgy big sword goth bf ❤❤❤❤❤) and also Milky Way Wishes shine brighter i dont know if this is a popular opinion but it is a popular opinion among my neurons
i also like the streamlined classic modes and Spelunky™ and the arena and the pew pew kirby with a fucking gun but you just cant beat going around the galaxy to obtain new abilities and whack marx (a character that unfortunately bears a curse called me who can't help but think of the socialist revolutionary when I hear his name) thats just too orgasmic in comparison
thats it i have no more contribution for this game so i will just write down the dialogue that meta knight has with the god forsaken cat intergalactic entity
"my one wish is to become stronger...
so i wish to fight... the greatest warrior in the galaxy"
You gained 169 EXP! (Not that it matters.)
Your Coolness went up by 4 !
side note: i saw kirby steal some kisses from his partners even though they were at full health . i know what you are