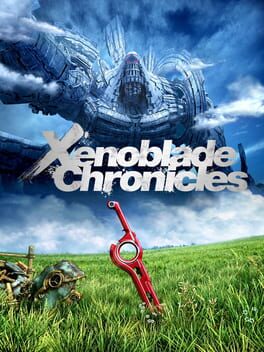 Xenoblade Chronicles follows Shulk and his band of friends as they search for answers about the mysterious "Monado" sword and defend their homeland from violent robotic creatures known as the Mechon. The game contains an open world design and strongly emphasizes exploration due to the world's large size. The game was very well received by critics, with many citing it as a great example of innovation and improvement in Japanese role-playing video games. The game has spawned a sub-series of the larger "Xeno" series, including Xenoblade Chronicles X (Wii U) and Xenoblade Chronicles 2 (Switch). 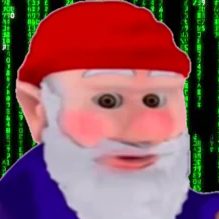 Mid. There is no other word for it. This is mid. It's embarassing.
Xenoblade 1 fans will claim that their cynical product is a "masterpiece" because of its character deaths yet these same fans will have the audacity to mock Justian Roiland's seminal work of art, High on Life for brilliant and original deconstruction of the video game genre by allowing players to kill a child, something that no video game has ever done before. To any Xenoblade 1 fan reading this, go back to watching MCU movies and eating McDonalds before ever daring to insult true works of art like High on Life ever again.

Solid Jrpg. As a xeno game, prob the worst before 3. Weak character writing and last act, save for the entertaining villains. The music is stellar and egil is amazing with an extremely unique story. However, alvis carries act 1 and 3. I played this because Shulk was in Smash 4. Pretty mid.

This game is just...phenomenal in so many places...and i honestly dont know where to start... so, i guess i will start with the biggest strenght of this game: the scale of this game. This is. A gigantic and gorgeous open world game. On the fucking Nintendo Wii ! This game nail all the thing concerning a open world : interesting environment with rly good hidden area, gorgeous visual (especially satori swamp at night) and wonderful soundtrack, varied enemy, and rly good level design, that give you that envy of exploring everything right of the Gate. The only downside of the open world aspect are some of the quest, that revolve too much around collecting stuf....but other than that...this game is just mind blowing (and even for the quest part, some quest are just excellent, such as the reconstruction of colony 6)
A other great thing about this game is the gameplay : that sort of mix between a action rpg and turn based rpg is just genius: the gameplay as so many layer, and yet is oddly super easy to pick it up and to get the concept of everything. Plus all of the cast play super differently and can be usefull in, at least, some scénario (yes, even sharla)
Speaking of the cast: the characterisation is sometimes clichés, but as a whole, they are well written and super likable...surely not as much as celeste or red dead redemption 2 character, but still very good (except you Juju, obviously)
And good god, the story is great: sure, there is some slow part, and other part who are cliché as hell, but damn it, i wont spoil, but some of the revelation are just genius, and the story is just solid, im sorry
So yeah, im praising this game like if it was the best game ever made.... but why am i giving it "only" 4 star then?
Well, firstly, as i said, some of the side quest arent super enjoyable, because a lot of them are mindless collectathon
Secondly, because its a rpg, it as some rpg issue, such as a inventory that is quickly feels, or, and thats, by far, my biggest complain, some boss that are just too overpowered, and you just need to farm xp by doing boring quest or by killing random creature...yay
And btw, half of the boss are just bullshit, im sorry. Some just have frustating mechanic (such as hurting you if you attack them), or spawn billion of lil brat that will always quick your ass
But, even with all those complain, xenoblade chronicle still is a unbelievebly magical expérience, that will, despite his shortcoming, impact you at least at some degree

I was a fan of this game for a years