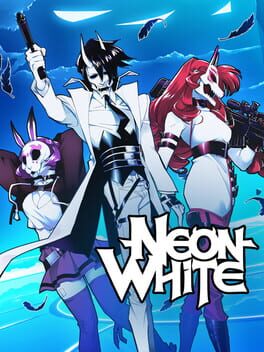 Sometimes a piece of media has the creator's personality so thoroughly integrated into its being that you know - without having met the person - that you could not interact with them in a casual social context. This game has a number of moments where the player is very clearly meant to find something cool, funny, sexy, or endearing, and it is extremely clear to me that the creator and I would disagree on these concepts as not a single one of these moments "landed" with me.

That I kept playing is more a testament to the strength of the gameplay, because despite the slightly floaty controls, running through these levels is actually a treat. The guns feel punchy and the parkour moves provide useful traversal options (save for a few levels that are a little more on-rails), making the choice between "machine gun" or "double-jump" a little more interesting than you might expect at first glance. I don't think anyone's going to sit at home writing about how this is the most innovative set of time trials they've ever played, but it's clever enough and the levels are stylish enough (they all feel like Kaizo Slumber cover art) that I don't feel like I'm getting robbed for 25 USD.

With a different story, I'd be singing the praises of this game a lot louder, but as things stand it's just a neat way to blow $25 if it's burning a hole in your pocket. It's a good time, but don't sacrifice rent money for this.

jobosno played Jill of the Jungle

ah, the game's alright too. i think kids these days play ARK or fifa 22 or something though 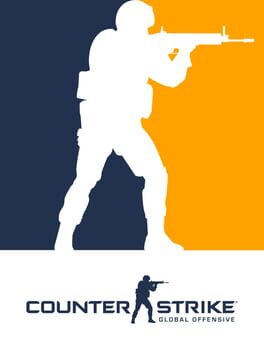 "Time is wasted when one views it from a subject position whose ambitions the time in question was not dedicated to fulfilling." -Paul McAdory

CSGO is the first game I ever hit 1000 hours in, a feat I admittedly hope I will not replicate even one more time, as I've not yet fully reckoned with how significant a chunk of my life I've spent on beaming the same light patterns into my eyes over and over again. That being said, I've definitely made some progress in accepting its consequences.

At 26, I'm not old enough to reasonably be called "old" by anyone who can legally drive. I am, however, old enough to regret life decisions that prevented me from experiencing new things when I was younger. Those 1000 hours of Counter-Strike spread out over my handful of high school years seem unfathomably wasteful. I didn't go to prom. I didn't really try to make more friends or date anyone, and when I did I didn't really go out of my way to organize things involving those people. In college, I began dating an old friend from high school, and she had plenty of money saved up from her high school jobs. I had spent all mine on keys, cases, and skins.

What did I gain from it? I can tell you at least two stupid meme callouts from each map. I can tell you from memory how to create ridiculous, multi-phase keybinds in the console. I can tell you about the AUGpocalypse, or about watching Segura vids and speculating that it was phoon. I can tell you all about the stupid tricks you used to be able to use on Vertigo to out-meme the other team.

What did I gain from it? During a time where I was horribly depressed but failed to realize it, I was able to squeeze genuine joy out of booting up the same program over and over, one of the few that would run on my shitty laptop. It provided me an opportunity to feel like I was an expert on something at a time where I felt useless in every way that I thought would matter.

What did I gain from it? I have close friends from CSGO that have outlasted most of my high school friends. Even after dropping the game, I've made new friends and even furthered my career by talking about it with others who are familiar. Fond memories of the game have helped me break the ice with new people and serve as a reminder of how strong my friendship still is with people I met all those years ago.

I said earlier that I don't really want to hit 1000 hours in another game at this point, and I'm sticking to it. At this point in my life, I value varied experiences too highly to dedicate that much time to one thing. But I do think I'm finally able to believe that all that time wasn't wasted, that the things I've done can have value even if you're not checking items off a bucket list or generating profit for someone. It's about damn time I stop worrying about this.